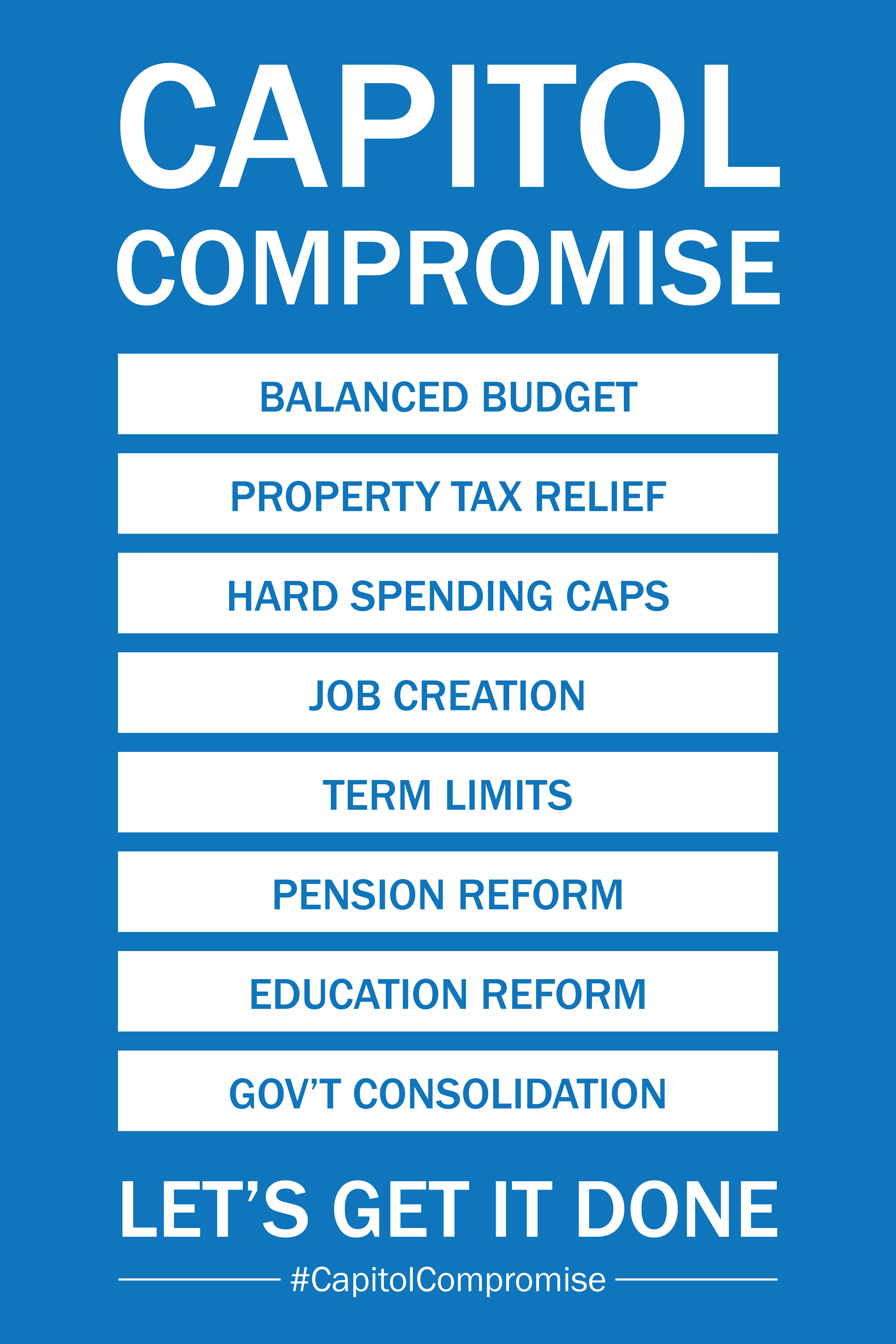 “Time is running out before the fiscal year ends, and we must act now! Where is the sense of urgency with Speaker Madigan to end this stalemate? Lawmakers should be in Springfield working around the clock until our job is finished. This comprehensive budget package with structural reforms that we are proposing today is the path forward to breaking the budget impasse,” said Durkin.

The comprehensive proposal includes a truly balanced budget, a four-year hard spending cap, lasting property tax relief, and changes to our regulatory system that will create jobs and grow the economy. The bills also include a $250 million increase for the new school funding formula, and fulfilling commitments to restore child care eligibility to 185% of the federal poverty level and a wage increase to Direct Support Professionals. It also includes term limits on legislative leaders and constitutional officers.

"These proposals continue the important work already done in the Senate, where we'd seen significant progress on these issues. I am confident there is still an opportunity for bipartisan compromise on a balanced budget, as well as the critical reforms that will bring a much-needed economic boost to our state," said State Senator Karen McConnaughay. "We need to act expediently to get Illinois back on a path to fiscal stability and security."

The summary of the bills are as follows:

“We all agree that we need to fix our broken school funding formula right now," said State Senator Jason Barickman. "This legislation contains much of the priorities Democrats advanced in Senate Bill 1, provides meaningful help for Chicago, ensures that no districts lose money, and treats all of our schools fairly and equitably under the evidence based model."

“Passing an unbalanced budget like the Senate Democrats did and the House Democrats choosing to not even take up a budget is beyond unacceptable and a complete failure from the majority party,” State Sen. Dale Righter said. “We must return to Springfield, put party differences aside, work together, and pass an actual budget that is not only balanced, but moves Illinois forward economically and fiscally. The fact we need 3/5 vote now to pass a budget is a good thing in that it forces Democrats to finally work with Republicans in complete good faith to pass a true and real balanced budget – one that is good for schools, social services, and taxpayers.”

“The comprehensive balanced budget we are offering today will provide care for our state’s most vulnerable citizens,” said Deputy Republican Leader Patti Bellock. “With last week’s court ruling on the $2 billion backlog of unpaid Medicaid bills, it is critically important we take immediate action to address this backlog. Our plan includes more than $4 billion in bonding to help pay off old bills. We must address this crisis now. The consequences of not taking action now would be devastating to human services.”

You can view a full summary of the Capitol Compromise by clicking here.